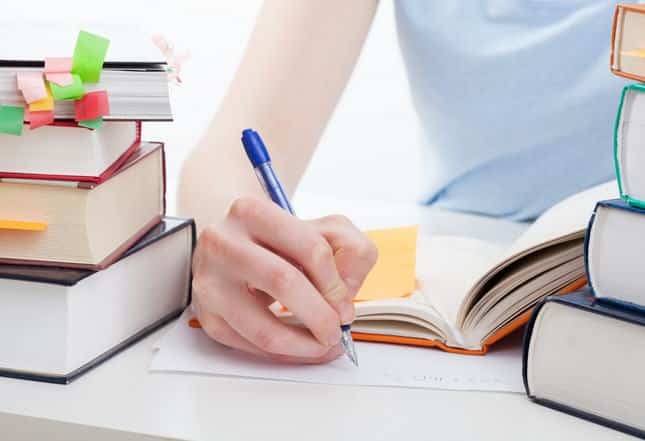 1. What is the communicative function of narrative text?

June came from a writer family. Both his parents work as a writer. His mother is a novelist, his father is a professor and his older brother is a journalist. During his lifetime June was intimidated by authors’ family epithet. He was faced with a situation that requires him to be able to write. In fact he could not write. When someone asked him to write, he refused and reasoned that his family talent in writing is up.

2. What kind of short paragraph above?

The wolf had an evil plan that he wanted to eat them both. Then he ran through a shortcut to her grandmother’s house. After arriving to grandmas’ house, he knocked on her door. When Grandma opened the door, the wolf caught her and locked her in a closet. The bad wolf then wore Grandma’s clothes and laid in bed, waiting for Little Red Riding Hood.

3. What is the story about?

4. Why did little riding hood do not realize the wolf who in disguise as her grandma?

5. Who did save little riding hood and her grandma from the wolf?

6. What is the moral value of the story?

a. Don’t be greedy
b. Don’t believe in stranger
c. Don’t use riding hood
d. Don’t go to Grandma’s house
e. Don’t sleep in the river

It was January 29/30, 1950, that day was the saddest day of Indonesia because one of Indonesia’s best sons was death. Even that day the sky also seemed sad by droving his tears to earth. Who is he? Why is said to be the best son?

Sudirman was born in a village in central Java on January 24, 1916. He was taken as a foster child by his mother’s brother, a retired district officer who resides in Cilacap. That’s where small Sudirman successfully completed primary school (formerly HIS = Holland Indies School). When he was in HIS, little Sudirman was known as a quiet kid. Not surprisingly, he was loved by his friends.

After his graduation, then he entered MULO in Cilacap. At that school he became beloved students of Mr. Tri Supeno so that he nationality education from Mr. Tirta a teacher graduated from Military Academy Breda.

7. What is the best tittle of the text?

8. Where did he graduate from Elementary School?

9. Which one of these statements is wrong?

a. Sudirman was born in a village in central Java on January 24, 1916
b. Little Sudirman was known as a quiet kid.
c. He became beloved students of Mr. Tri Supeno
d. He was loved by his friends
e. Sudirman death on January 27, 1950

10. Who is the one who teach him about nationality?