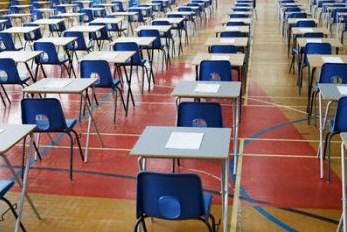 Orchard Road is a Boulevard which becomes business and entertainment center in Singapore. Orchard Road is surrounded by a lush tropical and flower gardens which are beautiful. At first, Orchard Road is just a suburban street lined with orchards, plantations nutmeg, and pepper farming. However, in the 1970s, it turned into a shopping center in Singapore. In 1960 and 1970 entertainment industries began to enter this road. Shopping centers such as mall and Plaza was built in 1974.

Orchard Road runs along about 2.2 km. This road is one-way street flanked by a variety of shopping malls, hotels and restaurants. The shopping area which is nearly 800,000 square meters provides a wide range of Things, food, and entertainment. In this area there are many options that can satisfy visitors from all walks of life starting from the luxury branded things to the Popular branded, from exclusive restaurants to fast food.

There are so many ways that can be accessed to get to Orchard road such as: by taxi, bus or drive your own car. For those who are driving to Orchard Road can be entered from the west through the Napier Road. Vehicles from Dunearn Road can turn to left at the intersection of the Marriott Hotel junction. Vehicles that come from Paterson can turn right onto Orchard Road. Orchard is always crowded so you have to be careful in order not to get lost.

2. Which statement is TRUE?
a. At first Orchard Road is a crowded settlement
b. Orchard road became business and entertainment center since 1974
c. Vehicles from Dunrean road turn to the left at intersection of the Marriott Hotel junction
d. Orchard road is infamous place at Singapore
e. Orchard road is not surrounded by flower garden

4. Words “it” in line 4 refers to?
a. The plantation
b. Luxury branded things
c. The plaza
d. Singapore
e. Suburban street

5. The word “satisfy” in line eighth has the closet meaning with?
a. Pleased
b. Free
c. Frighten
d. Threat
e. Loved

Petruk cave is one of the leading tourist attractions in Kebumen, Central Java. The cave is located in the dukuh Mandayana Candirenggo Village, Ayah District, Kebumen regency. In the petruk cave there is no lighting that illuminates the cave. It is still very natural cave so that petruk cave is very dark to be entered. Petruk cave’s name is taken from the punokawan of puppet characters that is Petruk. The cave Named Petruk cave because the length of cave is as long as petruk’s nose.

In the cave there are 3 floors that are the first is a basic cave, Hindu caves and Petruk cave. The base cave is a short cave which is just 100 meters away. The cave is used for tourist attractions. Hindu cave is part of the cave that is usually used to put offerings to the ancestor. Inside Petruk cave there are so many stalactites and stalagmites which are really awesome. If you want to explore this cave, you must be led by guides who are ready to take you through the cave. After arriving at the end of the cave, you can see the beach or waterfall located near at the end of the cave

8. Which part of Petruk Cave which used for place to put foods for ancestor?
a. In the basic cave
b. In petruk cave
c. In Hindu cave
d. In front of the cave
e. Inside the cave