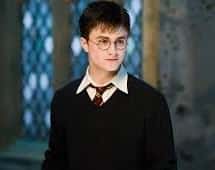 Harry Potter is a series of fantasy novel by a British writer, J.K. Rowling. This novel tells about the adventure of a teenager magician named Harry Potter and his friends, Ronald Weasley, and Hermione Granger, who are the students of Hogwarts Magician School. The story focuses on Harry’s attempt to defeat black magician named Lord Voldemort who wants to be an eternal creature, conquers the world of magic, controls non-magic people, and devastates whoever wants to impede his path, especially Harry Potter.

Since the first novel was released, Harry Potter and the Philosopher’s Stone, on June 30th, 1997, this series has got huge popularity, many compliments, and commercially success in all over the world. Some critics also gave negative criticism, primarily about its black theme. In July 2013, this series was sold for about 450 million copies in all over the world. It made this novel become the best seller novel and it had been translated into 73 languages. Four last novels respectively became a record as the fastest sales in history.

Containing many genres, include fantasy, mystery, adventure, and roman, this series has born many meaning and culture reference. According to Rowling, the main theme in this series is death. There are also the other theme, such as corruption and prejudice.

The first publisher of Harry Potter novels was Bloomsbury in Britain and Scholastic Press in United States of America. Besides, this series also had been published by many publishers in the world include Indonesia which is published by Gramedia Pustaka Utama.

All of the novels had been adapted into eight series of movie produced by Warner Bros. Pictures, and become the most successful movies for years. This series also had produced a trademark which related to the story and this trademark is worth more than US$15 billion. Moreover, these novels and movies had made Rowling become the richest writer in the history of literature.

For the lover of magic theme or this extraordinary theme, Harry Potter novels or movies can make them addicted and always wait for the next series. Even when Rowling decided to make an end of the series of Harry Potter, many fans of Harry Potter seemed disappointed. It showed that Harry Potter is a very great story on the eyes of the lovers. However, not all people like this kind of theme. For those who don’t like this theme, they even never know the stories about Harry Potter.

Overall, we can conclude that Harry Potter is an extraordinary writing that makes the lovers become addicted to it. It is full of imagination. It brings new colour in the history of literature. Maybe, some of you hope that there will be the continuity of the Harry Potter story. I hope so. Who knows that Rowling will write the next series.