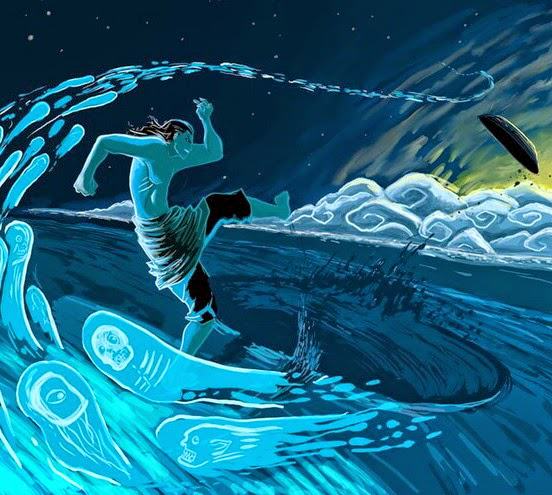 Long time ago, there was a story of a princess in west java named Dayang Sumbi. He has a son, named Sangkuriang. The child was very fond of hunting. When hunting, he always accompanied by Tumang, a dog. Sangkuriang did not know that the dog was an incarnation of his father who was a god.

One day Tumang  did not want to follow Sangkuriang’s order to pursue a pig. Then, he was agry and sent the dog off into the woods. When he returned to the palace, Sangkuriang recounted the incident to her mother. Dayang sumbi was angry when she heard that story. She accidentally hit his head with a spoon. Sangkuriang injured. He was very disappointed and went wandering.

After the incident, Dayang Sumbi very sorry for him. He was always did prayer and penance. At one point, the god gave her a gift. She will be forever young and has a timeless beauty. After years of wandering , Sangkuriang eventually intended to return to his homeland. Arriving there, the kingdom had changed completely. There he met a lovely girl, who was none other than Dayang Sumbi. Fascinated by her beauty then, sangkuriang proposed.

One day sangkuriang asked permission to hunt . He asked dayang sumbi to spruce up the headband . Dayang sumbi was surprised when she saw the scar on the head of her future husband . The cut was exactly like a child who has been injured to go wander. After a long period of attention, she turned out the young man’s face is very similar to his face . She became very frightened. So she decided to give Sangkuriang a requirements if he wanted to marry her. She filed two terms . First , he asked the young man to stem the Citarum river. And secondly, he asked Sangkuriang to make a big canoe to cross the river. The two conditions must be met before dawn.

That night Sangkuriang did a penance. With his power he exerted magical creatures to help him finish the job. Dayang Sumbi secretly peek at the job. Once the work was almost complete  Dayang Sumbi ordered his forces to hold a red silk cloth to the east of the city. While watching the redness in the eastern city, Sangkuriang thought it was late morning. He also stopped work. He was very angry because it means he can not qualify what Dayang Sumbi requested .

With his strength, he made his break through the dam. Tempers severe flooding throughout the city . He was then kicked the large canoe he made. The canoe drifted and crashed into a mountain named “Tangkuban Perahu .”