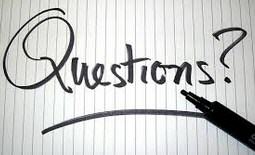 Do you know what the earthquake is like when it happens? I once experienced.I was driving along the coast road when the car suddenly lurched to one side. You know what happened? At first I thought a tyre had gone but then I saw telegraph poles collpsing like matchsticks. It’s terrible isn’t it? Next, the rocks came tumbling across the road and I had to abandon the car. When I got to town, well, as I said, there wasn’t much left. My God, that was a nightmare.

1. What type of the text is used by the writer?
a. narrative
b. report
c. recount
d. anecdote
e. comparative

2. To show temporal sequences, the writer expresses them with words such as…………
a. at first, then, when
b. was driving, lurched, had gone, saw, came, had to, got back
c. suddenly, but, and as
d. one sid, collapsing, much
e. coast road, one side, matchsticks rocks, there

3. Why did the writer have to leave his car?
a. the rocks blocked the way
b. he had to go back to the town
c. there was not anything left
d. the telegraph poles fell down
e. he thought he had a flat tyre

4. The communicative purpose of the text is…………
a. to tell events for the purpose informing
b. to present perspective points about an issue
c. to describe the way they are
d. to acknowledge readers about informative events
e. to share an amusing incident

I really enjoyed my vacation in Australia. Last Sunday I visited a marine park called Sea World, which is at Surfers paradise near brisbane. It’s Australia’s largest marine park and I had a wonderful day there.

The first thing I saw was the oceanorium, which is a place where you can watch all kinds of dish and animal underwater. There huge turtles, shark, and beautiful tropical fish. The most exciting thing was watching a man feeding the sharks. He wore a special diving suit.

Then, I watch performing animal. The show was in a big outdoor swimming pool. There were killer whales, dolphins and sea lions, and they did all kinds of fantastic things n the water. One of the girls rode under water on the back of a big turtle.

Then, I watched a wonderful water ski show which was held on the lake.

After the show, I had lunch. There were several big restaurants at the park. I had lunch in a restaurant that was shaped like a ship.

5. Where did the writer go for vacation
a. Indonesia
b. Atlantic Ocean
c. Australia
d. New Zealand
e. America

7. The communicative purpose of the text is…………
a. to tell events for the purpose informing
b. to present perspective points about an issue
c. to describe the way they are
d. to acknowledge readers about informative events
e. to share an amusing incident