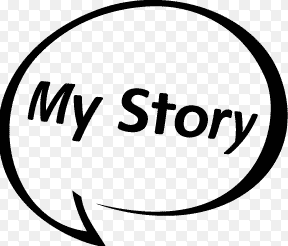 That was my first day at senior high school. I studied at Pelita Bangsa senior high school. That was the first flag ceremony in that school year. I felt so nervous because I would face orientation program for several days ahead. Some new students came late so that they would get punishment before they could enter the gate.

After the flag ceremony, I immediately went to the classroom. I saw the awkward atmosphere of the classroom. I didn’t know anyone of them. It seemed that no one was my schoolmate in Junior High School. I chose to sit in the front side. There was still empty seat. Then, someone came and sat beside me. She was Putri. She was my chairmate. She was more talkative than me. She helped me to melt the situation. She was so funny, too. I was so happy to have her as my chairmate.

I was enjoying my conversation with Putri when suddenly my seniors came to the classroom. They appointed me to come in front of the classroom and asked me to introduce myself. I was shocked. I stood up and started to introduce myself. After I had introduced myself, they still didn’t allow me to sit down. They asked me to still stand up there. I was so afraid. I wondered what they were going to do.

Until the last student finishing his introduction, I still stood up. Few minutes later, one of my senior, began a conversation with me. He said that I was beautiful but I looked unconfident with myself, so that they asked me to stand up. They wanted me to see all of the students from in front and felt that everything’s okay. I didn’t have to worry anything and I should stood and introduce myself confidently. I felt touched because of their way. They paid so much attention on me. Then, they allowed me to sit down. I felt so relieved.

However, unexpectedly they got angry again to me. I didn’t know what really happened at that moment. It was so weird. I tried to keep myself calm. I was really shocked and I didn’t know what my mistake was. I thought that I had done well. Eventually, I saw my class teacher came. She wanted to know what happened because my classroom was so noisy. I was relieved for the second time that my teacher could take a handle of that problem. My seniors were out of the classroom. When my teacher was giving advice for us, I saw two people in front of the door. They knocked the door.

Surprisingly, they were my parents. When my teacher opened the door, they suddenly sang “Happy Birthday” song. I cried. I was shocked. I understood what really happened now. Along with my parents, my seniors came and brought many foods. All of my friends in the classroom sang a song for me, too. What a wonderful day. I will never forget that moment. That was so priceless. Thank you for my parents, my teacher, my seniors, and all of my classmates.