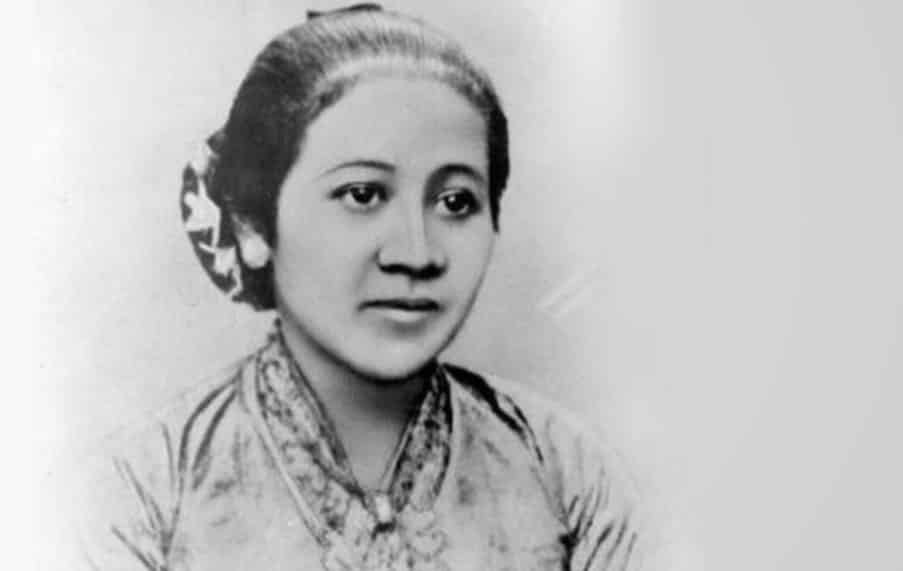 Kartini’s father was R.M. Sosroningrat, the son of Prince Ario Tjondronegoro IV, the mayor of Jepara at that time. Kartini’s mother was M.A. Ngasirah, the daughter of religious figure in Telukawur, Kota Jepara. She had eleven brother and sisters and she was the fifth child in her family.

When she was a kid, Kartini went to ELS (Europese Lagere School) and she learnt Dutch. However, she only went to school until she was 12 because there was a custom that a girl should stay at home and wait for someone who would propose her and then got married. Even though she stayed at home but Kartini actively wrote letters to her friends who lived in Netherlands since she mastered Dutch. From this point, Kartini began to love the way of European women thought. She also read newspaper and books that opened up her mind. In her letters, she told about her complaints and sadness related to the condition of Indonesian women at that time. She thought that Javanese custom became obstacle for them to move forward. She told that Indonesian women had to stay at home or pass “pingitan” period in which they were not free to learn and get knowledge. The custom made women curbed.

Kartini thought she had to help Indonesian women to develop since she realized that they were underestimated and left behind, compared to other countries. When she was 20, Kartini read a lot of books of Louis Coperus “De Stille Kraacht”, Van Eeden, Augusta de Witt and various feminist writing, besides she also read the books of Multatuli, entitled “Max Havelaar” and “Surat-Surat Cinta”. Her reading habit brought her into broad insight. Kartini showed her interest and concern on women emancipation and problem inside it. She could draw the differences between Indonesian and European women. She also paid attention on social issues in which women needed to get the same rights, freedom, and status in law. Her point of view was considered as something new and made change among in the society.Historian said that Kartini wanted to be a teacher and her father also permitted her but she was forbidden to continue her study in Batavia or Netherland. At the end, she could not continue her study even though she got a scholarship.

When she was 24, she was asked to get married with K.R.M. Adipati Ario Singgih Djojo Adhiningrat, who was a mayor in Rembang and already had three wives. Her husband understood what Kartini wanted, and then he let Kartini to establish a women’s school beside Rembang government office, which is well-known as Pramuka building now.

Kartini passed away several days after she gave a birth to his son named Soesalit Djojoadhiningrat. In 1912 Women’s Schools were spread among Java island such as in Semarang, Surabaya, Yogyakarta, Malang, Madiun, Cirebon etc. Those were named as “Sekolah Kartini”. After that, J.H. Abendanon who was the minister of culture and religion affairs began to collect Kartini’s letter. Those letter were arranged into a book and named ‘Door Duisternis tot Licht’ that was translated into Indonesian as “Dari Kegelapan Menuju Cahaya”. It was published in 1911. Nowadays, that book is well-known as “Habis Gelap Terbitlah Terang”. It gives much inspiration and positive vibes to young women in Indonesia to struggle for their dreams.